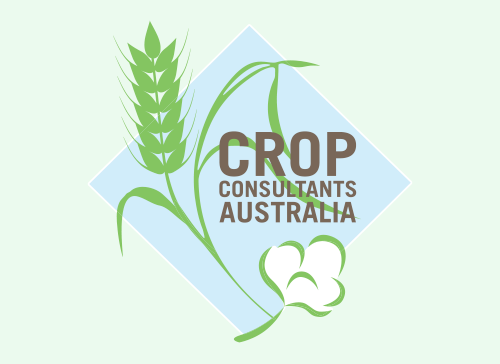 Constant reminders on why IPM needs to happen

Mother Nature has a strong record for reminding us who is boss – particularly when it comes to pest management.

The Integrated Pest Management (IPM) practices for cotton have evolved over time as new technologies become available. Essentially, they revolve around growing the crop in unison with the surrounding environment rather than against it.

In recent years we have had a couple of strong reminders of the consequences when deviating from good IPM.

Firstly, is the emergence of two pests which require a lot more than an insecticide armoury to manage them – Silverleaf Whitefly and Solenopsis Mealybug.

Both of these insects, either through natural protection or metabolic changes are able to resist insecticides and tend to be the ‘last bug standing’ after a spray. Hence, the explosions of the populations of these two species often follow heavy broad-spectrum insecticide use.

For instance, Silverleaf Whitefly achieved district-wide outbreak status on several occasions including Central Queensland in 2002 and Gwydir Valley in 2016. In both instances, the problem further deteriorated when people tried to spray their way out – only to destroy beneficial insect populations.

These outbreaks proved to be hard lessons for industry and subsequent seasons have seen an improvement in whitefly management with better insect sampling and improved product selection and timing. This was further assisted with new information from Jamie Hopkinson and his team at QDAF, ranking the impact of various mirid controlling insecticides on Whitefly parasites. Additionally, Jamie Hopkinson’s team is educating consultants on the importance of timely parasite identification and quantification whitefly nymph control. This information proved very popular at the CCA Narrabri Seminar in June 2018 and has been a popular topic of discussion since that event.

The Solenopsis Mealybug, while not as prone to the area-wide outbreaks as Silverleaf Whitefly, has proven very destructive in isolated areas. QDAF Entomologist Paul Grundy has been one of the first people on the scene of many outbreaks of this emerging pest. In almost all cases he has observed a significant breakdown in one or more components of good IPM – including poor farm hygiene or heavy early – season use of broad spectrum insecticides. Paul also spoke about this at CCA’s Regional Workshop Series.

A second recent reminder about the consequences of cutting corners on IPM comes via miticide resistance monitoring by Dr Grant Herron and his team of entomologists at NSW DPI. Their data shows increasing levels of resistance in Two-Spotted Spider Mite to the miticide Abamectin to levels where control will be compromised. Resistance was first reported in 2007 and by 2016-17 season, more that 80 percent of populations surveyed were resistant to this product with some comprising nearly 100 percent resistant individuals.

Much of the blame for this increase in resistance is being pinned on the prophylactic use of Abamectin – ironically the practice of systematically adding the miticide to other insecticide sprays to reduce the likelihood flaring mites.

This however, is just one more lesson in what Mother Nature has dealt to us before. Those new to the industry will not know that the older organophosphates dimethoate and omethoate were reliable miticides against Two-Spotted Spider Mite until resistance developed rapidly in the 1980’s rendering them useless against this pest. They were replaced by newer organophosphates monocrotophos and profenofos which too, stopped working by the early 1990’s. The synthetic pyrethroid bifenthrin was then used throughout the mid 1990’s but it too now has significant resistance and no longer works reliably.

It highlights that our insecticide options need to be used wisely.

These examples show that for “good” IPM to happen successfully, there needs to be a strong and trusting working relationship between the person making the recommendations, whether that be a consulting or on-farm agronomist and the person who is paying the bills.

Our role as agronomists is to accurately collect all of the relevant field information and use that to provide informed discussion with the crop owner so the best IPM compatible decisions can be made.

Crops Consultants Australia has put a lot of resources into building an IPM knowledge bank via our series of winter Workshops where the industry’s leading entomologists have given detailed presentations of their recent work. Combined with the experience within our membership, whose knowledge extends way past these lessons dealt, and the network that links us all, we aim to ensure that our members and the people that they service are well equipped to cope with, or even better avoid, our next lesson from Mother Nature.